I have the pleasure of owning several original works by Cath Grant, including some of her cartoons which are hilarious observations. Cath Grants works are full of depth, colour and meaning, layered with infinitely fine detail and infinite possibilities for analysis or thought.

Cath Grants work has a reason behind every mark of the brush, which adds to the level of depth in every minute pattern that winds its way around her canvas. Patterns that appear ever expanding and retracting, moving as though breathing, only right for an artist whose muse is the universe itself.

A true artist with a true sense of community shown through donating her art work to charity to raise funds for Westmead Children’s hospital rehabilitation centre, and a donation to acknowledge the Nurses of the neurology ward at the St Adventist hospital. Cath’s works are an investment for those who can appreciate true talent, and will give many lifetimes of pleasure to the beholder 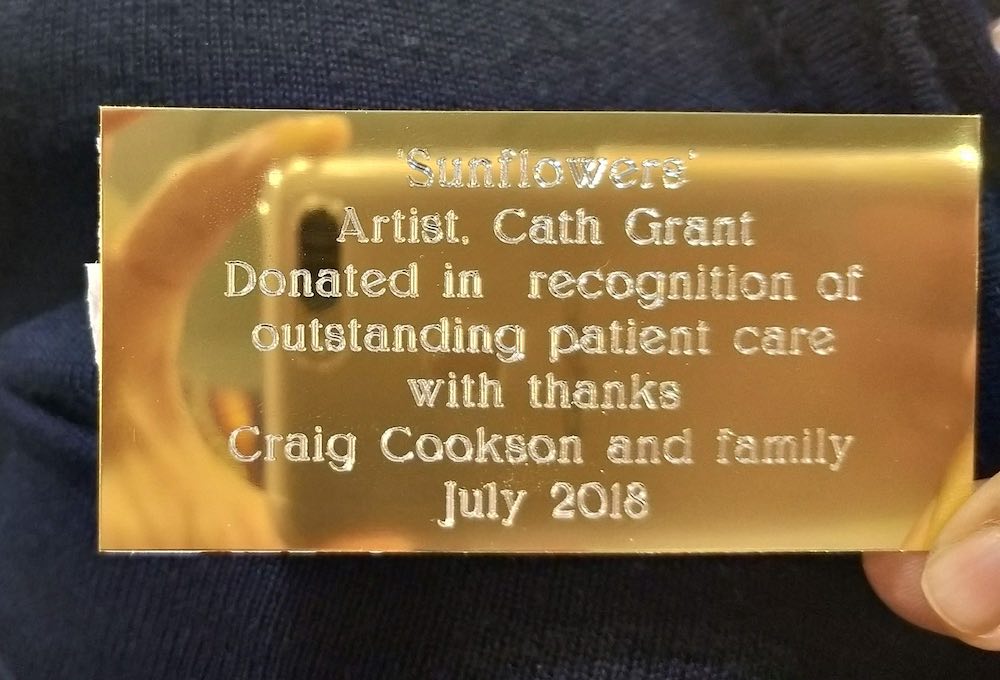